The annual Wimbledon Championship, held in London SW17, is the oldest tennis tournament in the world and even in the modern day when there are so many rival competitions, this is the one that the players really want to win. The event dates all the way back to 1877 so there is great history and tradition associated with it too.

It’s the third Grand Slam of the year and one of the greatest sporting spectacles in the English calendar so it’s no wonder that there is a busy set of Wimbledon betting markets around to support it. Tennis is a popular sport for many members of the community and if you’ve ever wondered how to bet on Wimbledon, please read on.

Start with the Outright Bets

There isn’t too much interest among the bookmakers in regard to the mixed doubles and while most have markets for both men’s and women’s doubles, the real interest lies in the two singles competitions.

Betting markets are likely to open as soon as the previous year’s champion is crowned. It can be risky taking a long range, ante post punt because no-one can possibly predict what will happen in terms of form and possibly even injuries but there can be longer odds available at these times.

The message for those looking at how to bet on Wimbledon in the outright markets is to only enter when you are comfortable to do so but the markets open very early and players can get involved at any stage.

As well as the outright winner of the Wimbledon tournament, there can be other options for longer term betting. This might include taking the favourite and betting on how many sets they will lose on their way to the title. Alternatively, if we have a very strong favourite, bookies may take him or her out of the betting and publish a market with only the rest of the field listed.

These alternatives won’t come out as early as the outright winner but they can be interesting options for betting across the competition.

It’s all About Results

The tournament itself takes place across two weeks and ends in July each year and when it does get underway, this is when Wimbledon betting really starts to intensify. The most popular betting option and the best place to start for newbies is with the straight result.

Once you’ve become more confident in your own Wimbledon betting strategy, you can look ahead to more bets outside of the straight result.

Any sport where points are involved lends itself to a large number of side bets and tennis is no exception. Firstly, it’s important to remember that, unlike other tournaments, Wimbledon men’s tennis is based on the best of five sets whereas in the women’s version, it’s back to best of three. You can find more on the rules here.

It’s vital to keep that in mind if you want to know how to bet on Wimbledon because one of the more popular side markets involves staking on the correct score in terms of sets. So, with a men’s singles bet at Wimbledon, a game could go 3-2 to either player while in the women’s version, it’s capped at 2-1.

Additionally, punters can bet on the exact score in a named set. This will usually involve the first set of the match but can, as we’ve seen, go all the way up to the fifth set for a men’s singles match at Wimbledon and also at other Grand Slam events such as the US Open or the French Open. 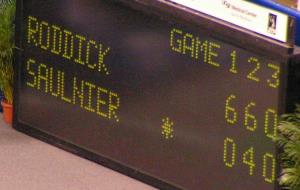 There is a number of permutations available from 7-6, 7-5, all the way down to 6-0 so this is a tricky one to call at times. Of course, if we have two players with varying strengths then a one-sided game could lead to some 6-0 or 6-1 results but if the opponents are evenly matched then there could be a number of 7-5 or 7-6 scores.

This is where head to head statistics can really help so do plenty of research into matches between the two players in question before getting involved in the correct score Wimbledon betting. 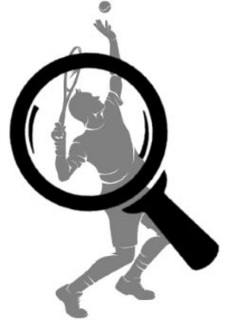 For those wondering how to bet on Wimbledon, this guide has already highlighted the most popular bets but for the big games at the Grand Slam events, there can be hundreds of markets available at any given time.

Once again, many of these focus on numbers and the number of points scored in the game. For example, players can bet on the score after two, four or six games in any set. Betting on the total games in any set is also popular and there are additional options for individual players too. That means it’s possible to take one of the players in any match and speculate as to how many points he or she will win in the overall contest.

It’s a huge list of Wimbledon betting options and once again, the key to success lies in carrying out plenty of research. Look at form, fitness, whether the player involved likes the surface on which he or she are playing and then lastly, it’s a case of head to head results in previous matches between the two players on show. Proper preparation is the key to long term success so don’t even try to get on board with Wimbledon betting before you’ve done lots of relevant research.

As we’ve already seen, the vast majority of Wimbledon betting options focus on points scored but it is possible to find a small set of special bets. Not all bookies will quote for these but there can be some value.

Handicap options are also very popular when it comes to Wimbledon betting because tennis is a sport where shocks are actually quite rare. The strongest players tend to come through their games on a regular basis so the application of a handicap can make the odds more interesting.

For example, if the World Number One was to play the World Number 35, the win price on the higher ranked player would be very short. If, however, a handicap were to be applied, this would give the weaker player a notional start in terms of sets and that makes the strongest player a higher-priced punt.

It’s worth studying handicap betting in greater detail as this is one area where players can find far more value in the tennis markets.

Finally, don’t forget live betting which is a perfect fit for the fast paced nature of tennis and its big tournaments such as Wimbledon. In-play markets actually extend the amount of choice punters have because there are some bets such as To Win the Next Point that aren’t available in the ante post equivalent for obvious reasons.

Time to Get Involved

If you’ve ever wondered how to bet on Wimbledon then hopefully this guide has given you some genuinely useful advice in terms of the markets involved and the strategies that you can use in order to help turn regular profits.

Above all, research is absolutely the key here and in the digital age, it’s very easy to go online and look at specialist tennis sites that give you all the insight you need in terms of form and results from previous head to head matches.

As a final point to note, it’s also useful to find the right bookmaker to fit your Wimbledon betting strategy. Wimbledon is a time when offers and promotions come through on a far more regular basis and those types of deals can only add to the value that players can find through everyday competitive odds.

All of these tips, tricks and advice are designed to help you bet effectively when Wimbledon and the other big tennis tournaments come around. It’s an exciting sport and its popularity has never been higher so study the guide carefully and hopefully you will be on your way to making regular tennis profits.