In the 1990s, there were two distinct factors that helped to boost football betting both in England and around the world. At the start of the 1992/93 season, the English Premier League was formed and with more live games being broadcast, the interest amongst the betting community began to intensify. 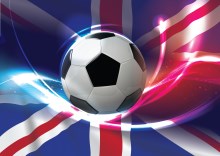 Premier League betting helped football to overtake horse racing and become the most popular sport for staking and that status was confirmed when the internet began to take hold. The first online betting company went live in 1996 and in over 20 years, betting on football has never been more exciting.

If you’ve been interested in English Premier League betting but have yet to really embrace it then please read this introduction to market options and a guide on how to bet on the Premier League.

Get Involved with Long Term Markets

Since the division began over 25 years ago, there have only been six different winners of the Premier League. Manchester United, Manchester City, Chelsea, Arsenal, Blackburn Rovers and Leicester City are the sides in question but despite that relative monopoly, there is more interest in outright Premier League betting than ever before.

Markets for the overall Premier League winner will open almost as soon as the previous season comes to a close and they will remain open until the trophy is decided. Many of the teams listed above will carry short prices but as we saw when Leicester City, the 2500/1 outsiders won it in 2015/16, shocks can still happen.

English Premier League betting carries another popular long term market for the Golden Boot winner. This is an award given to the player who scores the most goals across the season and the market that is attached to it gets plenty of interest.

In addition to these bets, there are season-long punts available for a Top Four Finish, a Top Six Finish and on relegation back to the Championship but how do you assess chances of any of these outcomes landing before a ball is even kicked?

Long term ante post betting is always riskier but odds can be much better for those that make a correct call. Of course, if you make a bet before the season begins then you have no form to take into account but you can assess how strong the individual squads are and whether they’ve made some important signings in the summer transfer window.

Make It a Match of the Day Experience

Once the season kicks off, markets will be published for every game in the Premier League calendar and there can literally be hundreds of options for Premier League betting as soon as the campaign begins.

The most common bet is, of course, on the result where players have to decide whether there will be a win for either side or a drawn game. Form is the most obvious point to take into account here while players should also be studying head to head statistics to see a history of results between the two opponents on show.

Beyond the straight result, there should be a host of English Premier League betting options in other markets. These are commonly referred to as side bets or, in some parts of the world, they are known as prop bets and arguably the most popular of these involve individual goal scorers.

First goalscorer betting was always a popular option in betting shops and at football grounds but the birth of the internet had given us additional markets based on individual players to find the back of the net. In the present day, last goalscorer and anytime goalscorer bets have been made available and for those that like to stake in the in-play markets, next goalscorer options have been quoted for Premier League betting.

There are obvious points to note here including form but for those placing a first goalscorer bet, they will also have to predict a team’s starting line-up. Certain players can carry short odds but they may start the match from the substitutes’ bench, making the chances of them scoring the first goal less likely so check on team news plus injuries and suspensions before getting involved.

A number of additional side bets relate to the number of goals scored in a Premier League match and punters can either predict the exact amount or they can choose to go Over and Under certain lines.

These lines start at Over 0.5 goals where only one strike would be enough to trigger a profit and they would typically stretch to over 8.5 at the top end of the scale. Research for this type of bet would typically involve looking at recent games to see if the two teams on show are particularly high scorers and players can also check the head to heads to see if there is a history of goals in games between the two.

Goals form an important part of English Premier League betting and punters also like to speculate on who will score in the game. The Both Teams to Score – or BTTS – option is particularly popular and even though the odds can be quite short, there is some value to be found here. If you’re wondering how to bet on the Premier League in the BTTS market then it’s really quite simple. Your bookmaker will have two prices – one for Yes and one for No and you simply make your choice between the two.

Alternatively, there are bets available for a specific team to score in a match and once again, it’s just a case of deciding ‘yes’ or ‘no.’

As Premier League betting has grown since the division first saw life in 1992/93, there are more markets available now than ever before. Some of these relate to player discipline where it’s possible to bet on whether there will be at least one sending off in a match.

Bookings are so common in any football match that there isn’t a market for any yellow card but for the bigger games, there should be markets for a specific player to be booked during the 90 minutes.

Other popular bets on individual games include Winning Margin, Double Chance, Exact Number of Goals and many more. For the bigger matches, there can literally be hundreds of English Premier League betting options – far too many to list here – so it’s a case of signing up with a bookmaker or logging on to your existing account and seeing what’s available.

One of the more popular Premier League betting options is affectionately known as the ‘Sack Race’ and it speculates in who will be the next manager to leave his club. The name is slightly misplaced as the man in question doesn’t have to be sacked and he can also resign of his own accord for the bet to come in.

Transfer specials are also popular with punters looking to stake on the next club for certain players. The big names will always attract interest with markets on men such as Harry Kane, Eden Hazard and Harry Maguire to leave and sign for the likes of Manchester United, Real Madrid and others.

These are attractive and potentially very lucrative markets but if you’re wondering how to bet on the Premier League on specials such as these, the concept is quite simple. The bookmaker in question will list the player and a series of clubs and you then tick the team you want to back and choose your level of stake before confirming.

Note that the markets are likely to specify that the player must join the new club during the current or upcoming transfer window. Therefore, you cannot wait for ever for Harry Kane to join Real Madrid and he must make the switch at the time specified. 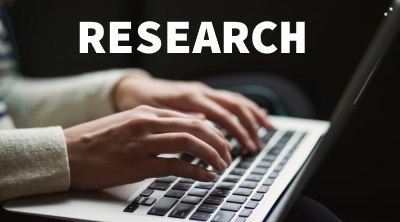 There are lots of interesting specials in regards to Premier League betting and key to making a profit lies in research once again. Some players tend to follow a manager around and when Mauricio Pochettino left Southampton for Spurs, he eventually took his former defensive midfielder Victor Wanyama with him.

That’s just one example but there are countless others and that can be a useful tip for the transfer markets. Look too for the traditional big spenders and while we’ve mentioned Spurs in that previous case, they are traditionally a quiet team during transfer periods while the likes of Manchester City, Chelsea, Liverpool and others tend to be far busier.

These specials form just part of a thrilling set of Premier League betting markets and interest is just getting bigger with every passing season. Each year there are more new sportsbooks coming on board with offers and promotions that can increase the value while those new arrivals ensure that the existing bookmakers keep their odds as competitive as possible.

There’s value everywhere and a wider choice of markets than ever before so if you’ve yet to start your English Premier League betting journey, now could be the perfect time.