Spain’s elite division for football clubs is known as La Liga, and it was first formed back in 1929. In the modern day, it is the home of some of the best clubs in world football including Real Madrid and Barcelona, and in turn, those two giants of the game will always attract the best players.

There is huge interest in the division from football fans and also from the sports betting community where La Liga betting is one of the most popular options for all punters. Here, then, is a guide to the Spanish primary league along with some tips on how to get the most from your own betting journey.

History of La Liga and Records

If you want to know how to bet on La Liga, it helps to just take a little time to understand the history of the competition and to find out which teams have the best records. As we mentioned, the very first edition of the league was held in 1929 and Barcelona won the title.

In the 1930s, Real Madrid won three titles but the most dominant team at that time were Athletic Bilbao. Things have changed in the modern era, and at the start of the 2018/19 season, Real Madrid were the most successful team in La Liga history with 33 titles, followed by Barcelona with 25.

Going into that 2018/19 campaign, Barca were the reigning champions, and between themselves and Real, they do have something of a monopoly on the division, and that’s something to bear in mind when you’re working out your La Liga betting strategy. At that point in time, the last team to break that monopoly were Atletico Madrid at the end of the 2013/14 campaign.

The leading scorer in the history of the competition is Lionel Messi who is closing in on 400 goals. Once again, that’s an important point to keep in mind for your La Liga betting plans because there are lots of individual goal scorer markets as we’ll see as we work our way through this guide.

That’s a brief guide to the competition, but we need to get on now and discuss our La Liga betting options.

Like all divisions across the world, La Liga gives us options for long-term bets across the whole of the season and the most popular of these is for the outright champions. If you want to know how to bet on La Liga, then this is an excellent place to start because the market is almost permanently open. You can check out the market on the La Liga mobile app.

As soon as one season finishes, the markets will go up for the next campaign, and although it can be more of a risk to place a bet so early in the process, this is the time where you are most likely to find the best value. The current format of La Liga has twenty teams taking part so while Barcelona and Real Madrid are the main contenders, there is plenty of choice.

Another popular outright bet is for the top goal scorer across the season, and this is where the great Lionel Messi, with over 350 goals in the division, can dominate now that his rival Cristiano Ronaldo has left for Juventus in Italy.

There are, however, hundreds of alternatives in the La Liga betting markets for top scorer, even for android mobile apps users, and it’s simply a case of picking your favourite and making the stake that you feel comfortable with.

Also available across the course of an entire season are the relegation markets. Who will fail to survive the season before making the dreaded drop into the Segunda Division at the end of the campaign? Additionally, on a more positive note, bookmakers should also publish Top Four and Top Six betting for those sides aiming for a finish at the right end of the table.

Now you know about the long-term La Liga betting markets, it’s time to move on and consider your staking options for each individual match in Spain’s elite league.

Starting with the Basics

Twenty teams take their place in La Liga at the start of any season and each of those sides will play each other twice – home and away. That gives us ten games on any match weekend and hundreds of fixtures across the campaign so there is plenty to get involved with. 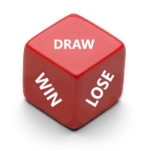 The most obvious place to start for anyone wanting to know how to bet on La Liga is on the straight result between the two teams taking part. This is really very simple because the task is to decide between three possible outcomes – a win for either side or a draw.

Like any league, there can be upsets, but in Spain, they tend to be fewer so regular profits can be made by staking on the stronger team and the one showing the best form. This is betting in its basic form, and it’s still the most obvious option, but if you prefer, there are over a hundred markets to choose from for the bigger La Liga matches so let’s see what else is available. 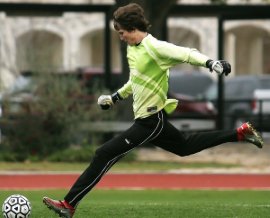 Every match has a set of side markets: In some parts of the world they are known as prop bets, and they relate to an outcome within a game that doesn’t necessarily have an effect on its final result. Arguably the most popular of these are goalscorer bets where you’re looking for a player, or players, to find the back of the net during the fixture in question. These options start, quite appropriately with the first goalscorer but for La Liga betting in the modern day, there is far more to choose from. Last goalscorer and anytime scorer are the bets that you can take pre-match while for those who like their live betting there is now an option to bet on next goalscorer or betting on corners.

These are markets where some nice profits can be made for those that make a correct prediction. Obviously, there are some very prolific strikers in the division including Lionel Messi, Luis Suarez and Karim Benzema but they will carry shorter prices as they will start among the favourites.

But, if we move further down the pitch, we might find defenders such as Real Madrid’s Sergio Ramos who are real dangermen from set pieces and have a high scoring tally as a result. Look out too for the man who takes the team’s penalties. If he is a midfielder or a defender, then he may carry a high price in any of those scoring markets, but because he is designated to take the spot kicks, he becomes a more likely option.

This is a popular bet because of that scope for analysis but there is much more to La Liga betting for us to uncover.

Working Through the Markets

We’ve already listed the main markets available for a La Liga game, but for even the smallest match there will be dozens of bets to choose from. Meanwhile, the biggest matches such as El Clasico – the clash between Barcelona and Real Madrid – will attract over a hundred markets.

Many of these are focused on goals so there could be bets available on Both Teams to Score and Total Goals. You can also stake on whether a named side will score during that game. Bets on individual players can also be extended so that a punter can bet on whether they will score at least two goals or at least three goals in that fixture.

Other options might surround discipline, and in the days when cards are issued quite freely by referees, it’s possible to bet on whether there will be a sending off in that game or, you can bet on whether a yellow card will be issued to a specific player.

With hundreds of options, there are too many to list here, but you can easily find out what a specific bookie offers just by logging in to your account and clicking on one of the big La Liga games.

More on the football betting applications

Choosing a Bookmaker and Finding Value

Now that you know how to bet on La Liga, it’s time to find the best home for your business. The best bookmakers in any sport know how to mix up two factors – choice and value. Choice comes from having a big range of La Liga betting markets while value is found in competitive daily odds along with some offers and promotions on the way.

Look out for bookmakers who offer free bets and price boosts on La Liga as they will extend their daily value for the biggest games. In order to find out just what deals are available at any given time, simply head to your chosen sportsbook account and click on the promotions tab.

In summary, because La Liga is one of the biggest leagues in world football the bookmakers make every effort to get their share of the millions that are staked on it each season. Now that you are armed with the knowledge of how this league and its markets work, you will hopefully be able to make some nice profits throughout your La Liga betting journey.