It’s one of the highlights of the British horse racing calendar and it’s a great social occasion too so it’s no wonder that the bookies start to get busy whenever Royal Ascot comes along. Held across five days in June, this meeting has a high concentration of Group One renewals along with a packed card on each day.

This is the time when royal ascot betting brings the serious gambler and the novice punter together so, let’s take a look at what to expect from this prestigious meeting.

The Illustrious History of Royal Ascot

If you’ve ever wondered how to bet on royal ascot then it’s a good idea to take a look at the event as a whole and to understand which races are available. Like most major British horse racing events, there is a great deal of history here and the first ever Royal Ascot was run way back in 1711.

Originally founded by Queen Anne, it has been attended by the Royal Family ever since. In the modern day, the British Royals are heavily involved with horse racing and Queen Elizabeth II will be in attendance at some point while there will be a major Royal here at every day of the festival.

That Royal endorsement helps to make Ascot something of a social occasion but for many, it’s all about the world class horse racing. The event has retained its popularity over the years and the big prize money that is put up by sponsors ensures that we get the best trainers, jockeys and horses every year. When it comes to royal ascot betting, we now need to look at the daily schedule to see what’s in store across the full five days of the festival.

Each of the five days of the meeting host at least one Group One race but the highest concentration of these fall on Tuesday. This is the very first day and for the pro gamblers, it’s the time when their royal ascot betting plans are at their most active.

There are six races on the Tuesday card and it all kicks off with the Group One Queen Anne Stakes. A Group Two follows and then straight away we get back to back Group Ones in the shape of the King’s Stand Stakes and the St James’s Palace Stakes.

A lot of punters may be tempted to ignore the first two days of a festival but our advice is not to do that here. It’s arguably the best day of the meeting from a pure, racing point of view so look out for Tuesday’s royal ascot betting tips and get involved. 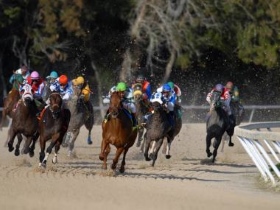 Wednesday also has six races on the card and while there is just the one Group One, it’s a big renewal. Among the events taking place on the second day of the Ascot festival is the Prince of Wales’s Stakes over 1 mile 2 furlongs for four year olds and above

It’s been run since 1862 and in 2018 had an overall prize fund of £750,000 which ensures that the royal ascot betting markets are lively ones and that Wednesday is another strong day for horse racing all round.

Thursday at Royal Ascot is Ladies Day and this helps to make it one of the biggest social occasions in the British sporting year. It can be easy to overlook the racing at times but we urge you not to do that because this is another perfect day to seek out some royal ascot betting tips.

For many, Thursday provides the highlight of the whole festival with the renewal of the Ascot Gold Cup. This is the only Group One of the day but that’s perfect because this most prestigious of events deserves to have the limelight all to itself.

Once again, it’s a busy card with six races going off so there’s plenty of royal ascot betting markets available away from the big event.

The social element of Royal Ascot tends to come to a close once Ladies Day has passed and it may be that the casual punter drifts off at this point but we suggest that you stick around because there is some top class action still in prospect.

Friday features another six races on the Royal Ascot card and there are two Group One renewals sandwiched right in the middle. The Commonwealth Cup and the Coronation Stakes are the races in question and in recent years we have seen a flurry of activity from bookies, like the Bet365 app, who have produced price boost offers on these Group Ones with which to close out the week. 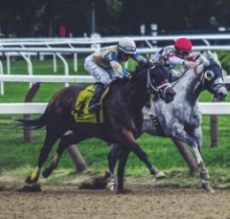 Saturday marks the final day of the festival but now we’ve fully hit the weekend, a big crowd will generally descend on the Ascot course to finish things off. There’s every reason to get involved as the meeting reaches its conclusion as we have another six races, highlighted by the Group One Diamond Jubilee Stakes.

Even though we’ve reached the end, Saturday does provide a number of offers and promotions from around the sportsbooks so stay with it, look for some more royal ascot betting tips and enjoy a great finish to five days of world class horse racing.

Now we know what the meeting has in store, it’s time to find out all about how to bet on royal ascot and to make the most of the five days of the festival. Of course, there are hundreds of sportsbooks in place and racing markets are open, even for the android or iPhone mobile apps users, for almost a whole year but Ascot is the time when those bookies want more than their share of the action.

Millions of pounds are staked in royal ascot betting each year so this is naturally going to be a period where the industry gets competitive. Betting odds will become longer as the bookies look to outdo each other while this is the time when we see a flood of offers and promotions.

Among a host of royal ascot betting offers are the promotions that are aimed at new customers to a certain sportsbook. Not every bookmaker gets involved in these but there can be some top value to be found among those that do publish.

Typically, the operator might take the favourite for one of the big Group One races and for this example, let’s say we have a market leader for the Ascot Gold Cup at 5/2. The bookie in question might take that 5/2 price and lift it to 20/1 or longer but naturally there are some stipulations.

Punters should expect that the stakes are fixed to a set limit and often they can be as low as £1.00. In addition, it’s very likely that the price boosted part of the return is paid out in free bet tokens as opposed to cold hard cash. Those terms should be checked and kept in mind but these offers can still be very lucrative indeed when they do come along.

For those that have already signed up with a number of sportsbooks, it’s not a problem because the price boosts will keep coming in for Royal Ascot. This is a great time to look out for royal ascot betting tips because this is when the bookies are at their most active.

Existing customer price boosts can often go up by just a single point but the important thing to remember here is that there is unlikely to be a maximum stake beyond the bookmaker’s standard rules and payments should be made in cash.

Other offers such as Acca Insurance and Acca Boosts should be made available during the five days of the festival and it’s a time when most bookies will bring in a Non Runner No Bet scheme, meaning that if you back a horse in the ante post betting and it doesn’t eventually run in the race, your stakes will be returned in full.

Look out too for any one-off Ascot specials that we’ve not mentioned in this list. It’s a time when the bookies can get really creative with their deals and looking out for the best offers is all part of a shrewd royal ascot betting strategy.

How to Get the Best out of Your Week

Offers and promotions offer a great way to enhance your enjoyment of the festival but the aim is to pick some winners and make some profits out of our royal ascot betting. There are 30 races on show across five days and like any meeting big or small, profits won’t be made unless you’re prepared to do research into form and conditions.

Tipsters can occasionally provide good advice if you want to learn how to bet on Royal Ascot profitably but ultimately it’s down to you to cover stats, form and to consider how well the horse and jockey in question performs on this track. Hopefully this guide will have armed you with all the knowledge you need to enjoy the spectacle of Royal Ascot while picking up a few winners along the way.